In that book, in 1998, many years before Savile died in 2012 and the issue of child sexual abuse became more widespread he named Jimmy Savile as a child abuser. He also told of his abuse by his MP adoptive father Bonner-Pink, and how Steven was illegally kept in institutions for 26 years.

He was one of the pioneering whistleblowers and to do that he had to type, printing and bind the first versions himself. He was a beacon and example to others to break the silence and tell their story, whatever effort it took to do so.

That spirit and determination has been needed of late.

NEWS FROM THE WEST 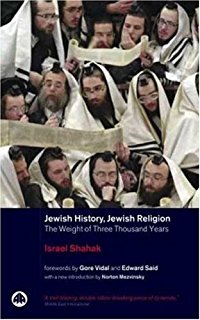 Anti-Semitism, as the late great Israel Shahak informed us, is a form of xenophobia, a fear of the alien or the outsider. That this xenophobia has oftentimes been a backlash against the self-segregation, chauvinism and sense of Jewish superiority permeating Jewish-Gentile social and economic relations is, needless to say, hardly remarked upon by court historians.

To note too that Jewish tribalism itself and the religious ideas attendant to it are both extreme examples of xenophobia, often of the preemptive variety, is not to invite discussion, but opprobrium upon one’s heretical head. Heat rather than light.

But the truth is simple. Jews are the most ancient and theocratic of all ethnic cleansers and the most violent xenophobes ever featured in religious lore. They are the only people in history to inscribe xenophobia into their very identity.